Queens of the Caribbean defeat Turkey in Nations League 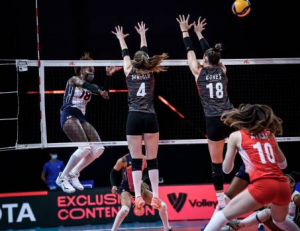 After a slow start in the tournament, the Dominican Republic senior women’s volleyball team defeated the team of Turkey in the Nations League Volleyball Championship. Turkey had won all its games until the match against the “Queens of the Caribbean” as the Dominican volleyball team is known. Team DR defeated Turkey with scores of 25-22, 25-21, 23-25 and 25-17 in the tournament that is taking place in Rimini, Italy.