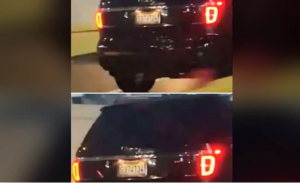 Leslie del Carmen Valerio Jimenez, accused of driving in the wrong direction on 27 de Febrero Avenue and injuring three people was allowed to post bail for RD$1 million. Surveillance video caught when she entered the 27 de Febrero tunnel driving in the opposite direction. The video went viral on social media, leading to her capture

The Special Peace Court of Transit of the National District also issued an impediment for her to leave the country without judicial authorization as the case is heard in court.

Judge Lissa Veras Rivas is assigned the case. Preliminary investigations by the prosecutors indicate that the accused committed the crime at 2:30am when Valerio Jimenez was speeding and driving on the wrong way on 27 de Febrero Avenue at the overpass of Núñez de Cáceres Avenue.

Prosecutor Yesenny Vargas said that as a result of Valerio Jiménez’s...
Click to expand...