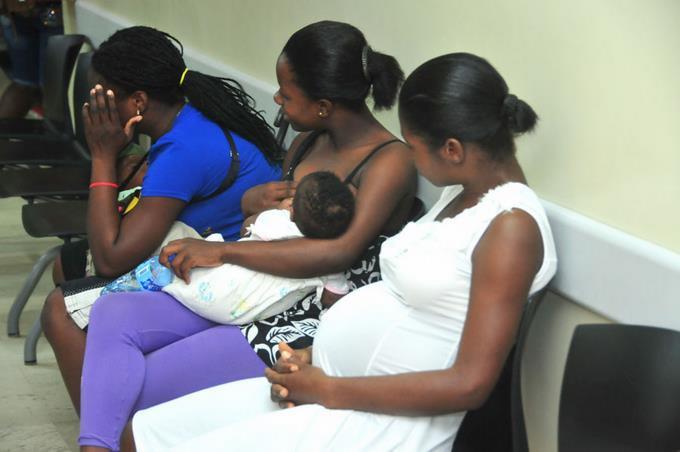 Paul Mathiasen
Santo Domingo, RD.
Following the statement from the Inter-American Commission on Human Rights (IACHR), where "concern" was expressed about the repatriation of pregnant Haitian migrants, various legislators were outraged and criticized both the international entity and the neighboring country.
"We have given Haitians everything, beyond the fact that they want to steal the country, and everyone knows that, " questioned the deputy of the Dominican Liberation Party (PLD), Danny Guzmán.
For the opposition legislator, the measure to deport Haitian women in labor has been successful and he said that the IACHR is limited to "harassing" the Dominican Republic beyond the support that the country has provided to its neighbors.
“We have given them everything, but here there are Haitians who have killed people, who have buried landowners on farms. They want to steal the influx of the rivers and everyone is quiet. For illegal Haitians, you have to have a little more of a heavy hand with that kind of thing, ”criticized Guzmán, who focused his attention on Haitian citizens.
On the other hand, Darío Zapata, border deputy of the Modern Revolutionary Party (PRM), directed his criticism to the IACHR, describing the statement of the international entity as “unfair, inappropriate and disrespectful”.
“ We have been hospitable, condescending, humanitarian to the Haitian people. We have been the cloth of their tears, the modus vivendi ”, argued the legislator about what was done in the country by Haitians.
In that sense, he attacked the IACHR: “Let them stop criticizing and come to help us who have been irresponsible in the eyes of the world. Why don't they recognize the efforts, why don't they recognize the investments in health that part of the national budget goes to parturient women? ”Zapata questioned.
The line of criticism towards Haiti and the IACHR was similar from most of the party blocs that make up the Chamber of Deputies.
Reactions: CristoRey

I have listened to many Dominicans on this subject and they in agreement with the deputies.
Reactions: JD Jones, windeguy and CristoRey

I certainly agree with their approach and I would love to see other countries in the region doing the same thing (namely my own). I still think it's going to come to bite them in the ass the next time their report card is issued by those NGOs to the Big Boys who cut those multi-million dollar checks.