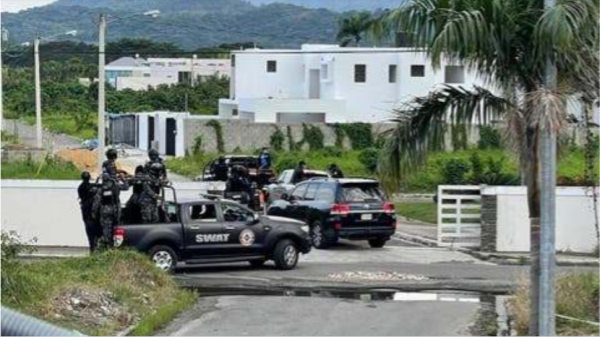 Judge Jose Alejandro Vargas issued the warrant for the raid on Saturday to the home of former administrator of the EdeNorte power utility, Julio Cesar Correa. Listin Diario reported that the prosecutors left with several boxes, packages and suitcases supposedly with documents for an ongoing investigation.

As reported, Correa was present when prosecutors and law enforcement officers raided his residence in Residencial Bartolo in La Vega.

From 2017 to 2019, investigative journalist Nuria Piera had presented several TV news shows with evidence of irregularities in the operation of the power utility that services the northern and central Dominican Republic.

Correo defense lawyer Emery Colomby Rodríguez confirmed the raid from around 4:30pm to 1:45am, but said her client was not jailed.

Correo was general manager of EdeNorte during the entire term...
Click to expand...

Continue reading...
Last edited by a moderator: Monday at 11:46 AM
W

Santiago Edenorte officials tried to embezzle money from my development twice. As crooked as they go under the PLD.
Reactions: NanSanPedro and chico bill

windeguy said:
Santiago Edenorte officials tried to embezzle money from my development twice. As crooked as they go under the PLD.
Click to expand...

Do you mean extort? embezzle would be an insider taking from the company... how did they go about making their requests? i say request because it sounds like they were not too successful...

Chico Bill is now on a vacation from the site.