Jan said:
I remember in the early days of DR1 the DR1ers would get together at Rockys for a meal and fun times.
Click to expand...

Had many fun thanksgiving dinners at Rocky's in the past especially when Rosanne cooked the turkeys! Was looking for some of the old pics but can't find them right now!
Reactions: Jan
N

MariaRubia said:
Nonsense they sell them frozen in Almacenes Unidos in Bella Vista and also in Nacional. But I have yet to come across a fresh one.
Click to expand...

I'm with you on this one. I love brussels sprouts. Just had some last night.
Reactions: Grampa
G

All green is xlnt including Bsprouts
W

To be honest, I prefer mashed up brussel sprouts in 'bubble and squeak' along with all the other leftovers!
Reactions: Grampa

whirleybird said:
Had many fun thanksgiving dinners at Rocky's in the past especially when Rosanne cooked the turkeys! Was looking for some of the old pics but can't find them right now!
Click to expand...

is where you'll find the photos
M

NY2STI said:
I'm with you on this one. I love brussels sprouts. Just had some last night.
Click to expand...

Fresh ones? Or frozen?

is where you'll find the photos
Click to expand...

I went to the first few then there were too many humans and I stopped going. Easter dinners were fun too. I have a few pictures. I'll have to search for them.
N

MariaRubia said:
Fresh ones? Or frozen?
Click to expand...

Just had frozen, but I'll take them either way.

Tradition and myth of Thanksgiving, the American family holiday​

Thanksgiving or Thanksgiving Day, which is celebrated tomorrow, is the quintessential American family holiday; a celebration that, beyond the sumptuous dinner presided over by a large baked turkey with which everyone identifies, has evolved over the centuries mixing tradition, politics, myth and sport.

The tradition of this festival, celebrated on the last Thursday in November to thank God for the harvest, was born in the homes of settlers who arrived in the New England region, which includes several states in the northeastern United States.

But over the years, the myth became linked to what is considered the first group of British settlers to arrive in North America, known as "Pilgrims", who landed in present-day Massachusetts in 1620, after crossing the ocean aboard the legendary Mayflower.

However, the expansion of this myth that linked the celebration with the first settlers to other areas of the country did not begin until the 1940s, and the tradition did not fully take shape until the end of that century and the beginning of the 20th. , as the professor at the University of Wheaton (Illinois) Tracy MacKenzie, author of the book "The First Thanksgiving", tells Efe.

THE ORIGIN OF THE THANKSGIVING MYTH
A year after landing, the Pilgrims celebrated the culmination of their first harvest in July 1621 with a communal open-air party, in which almost a hundred American Indians participated, and on which there is only one written reference, written by one of the settlers, Edward Winslow.
But that celebration, traditionally considered the first "Thanksgiving," was neither a family event, nor was it a Thanksgiving, nor was it eaten turkey, nor was it, of course, accompanied by a great football league game.

In fact, according to MacKenzie, for two hundred years that event remained practically in oblivion until in 1841 the chronicles of the Mayflower pilgrims were published, in which the reference to that encounter between settlers and natives was rescued.

"But in the 1840s, Thanksgiving was not celebrated in the south or in many parts of the west of the country," says the Wheaton University professor, stressing that two decades before the civil war (1861-1865), In an increasingly divided country, Southern Americans "were not very enthusiastic about celebrating a tradition they associated with the North."

THE END OF THE WAR AGAINST THE INDIANS AND THE FEAR OF NEW MIGRANTS
For MacKenzy "the time when Americans really begin to associate pilgrims with Thanksgiving is between 1900 and the first half of the 20th century."

According to the expert, two of the main reasons were that by then the war against the natives was practically over and the presence of the Indians in the myth could be recovered and remembered in a "sentimental" way.

On the other hand, the arrival at the end of the 19th century and in the first decades of the 20th century of large waves of European migrants also contributed to the development and expansion of the tradition.

"For Native Americans there was considerable anxiety and concern about whether this new wave of migration was having an adverse effect on the United States," so a vast literature began to develop around the Mayflower pilgrims describing them as " model immigrants, as deeply religious people who worked very hard and emphasized family. "

A vision that would eventually become universal and printed in school textbooks, where pilgrims are described as "the first migrants in the United States and a kind of example, a model to which new migrants were supposed to aspire."

The forging of the legend and its progressive transformation into a symbol of national unity was also accompanied by a gradual loss of its original religious meaning, which allowed it to be "accessible to everyone".

THE TURKEY AND THE POPULAR STOCK
From the writer and editor Sarah Josepha Hale, who lobbied President Abraham Lincoln to declare Thanksgiving a national day in 1863, or books like "Christmas Carol" written by Charles Dickens in 1843, they contributed to forging both tradition and belief in Around Thanksgiving, how to standardize the copious menu of celebrations in which dishes such as bread filling, blueberry sauce, pumpkin pie and, above all, turkey cannot be absent.

But MacKenzie singles out the American writer Jane Goodwin Austin, whose novel "The Republic of the Pilgrims" (1888) became a bestseller in its time and helped spread the myth of the first settlers and the celebration of the first day of Thanksgiving.

"I would say that, more than anyone, the fiction that this woman wrote 270 years later is what really created most of the popular stereotypes of the 1621 celebration," concludes the professor. EFE 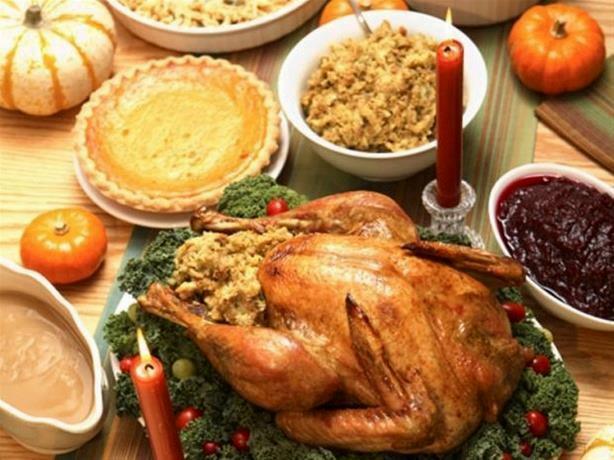