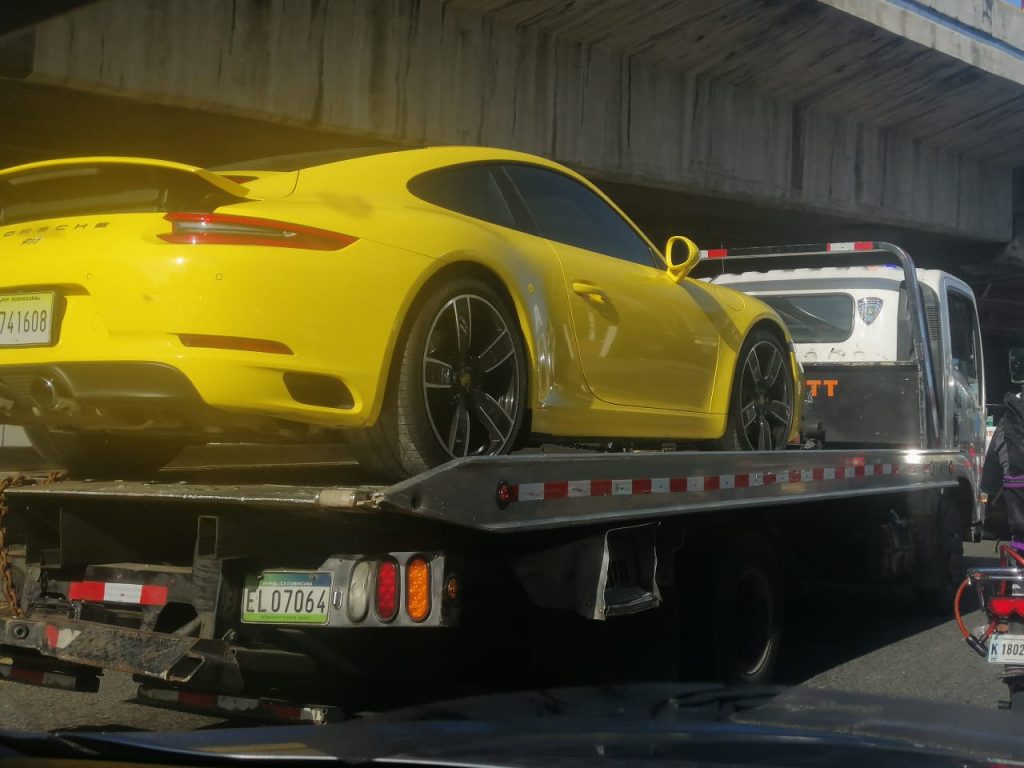 The trending topic on Tuesday, 7 September 2021 was the towing of the runaway yellow Porsche from the parking space in a Polígono Central apartment building. The Digesett shared the video with the seizing of the vehicle but did not name the delinquent driver.

Earlier in the week, a video had circulated when the driver was stopped by the Digesett agent but later refused to identify himself and is seen almost running over the agent. The scene was captured at Abraham Lincoln Avenue.

Digesett says the driver was arrested, yet the identify of this person was not shared.

N Digital reports that the vehicle has had three owners.