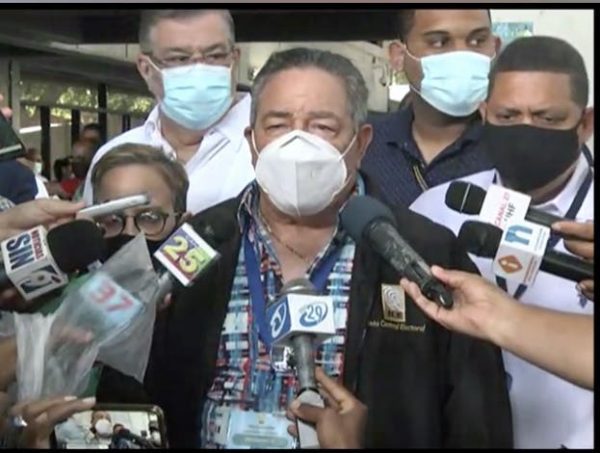 Haime Thomas Frias, the president of the Santiago electoral board, confirmed the robbery of the cash that had been set for the expenses of those that would be working on election day in Santiago. The funds were allotted to pay for top staff at the 1,194 polling stations in the province.

The electoral police that were on duty and all who knew where the money was saved are being investigated.

The thieves made a hole in a door and were able to open the lock on Monday evening.

He explained that the money was in large sacks, inside small manila envelopes. Diario Libre reports the cash stolen was RD$37 million.

The political delegate of the Modern Revolutionary Party (PRM) before the Central Electoral Board (JCE), Orlando Jorge Mera, praised “the quick response” given by the JCE to the situation in Santiago.

Disband the Police. Biggest organized crime syndicate in the DR is the police. Full of criminals.

Wow! That's a big heist! $636,000 US dollars/568,000 euros. We'll see if the thieves can keep their mouths shut and launder the money inconspicuously. There is no honor among thieves as the saying goes.