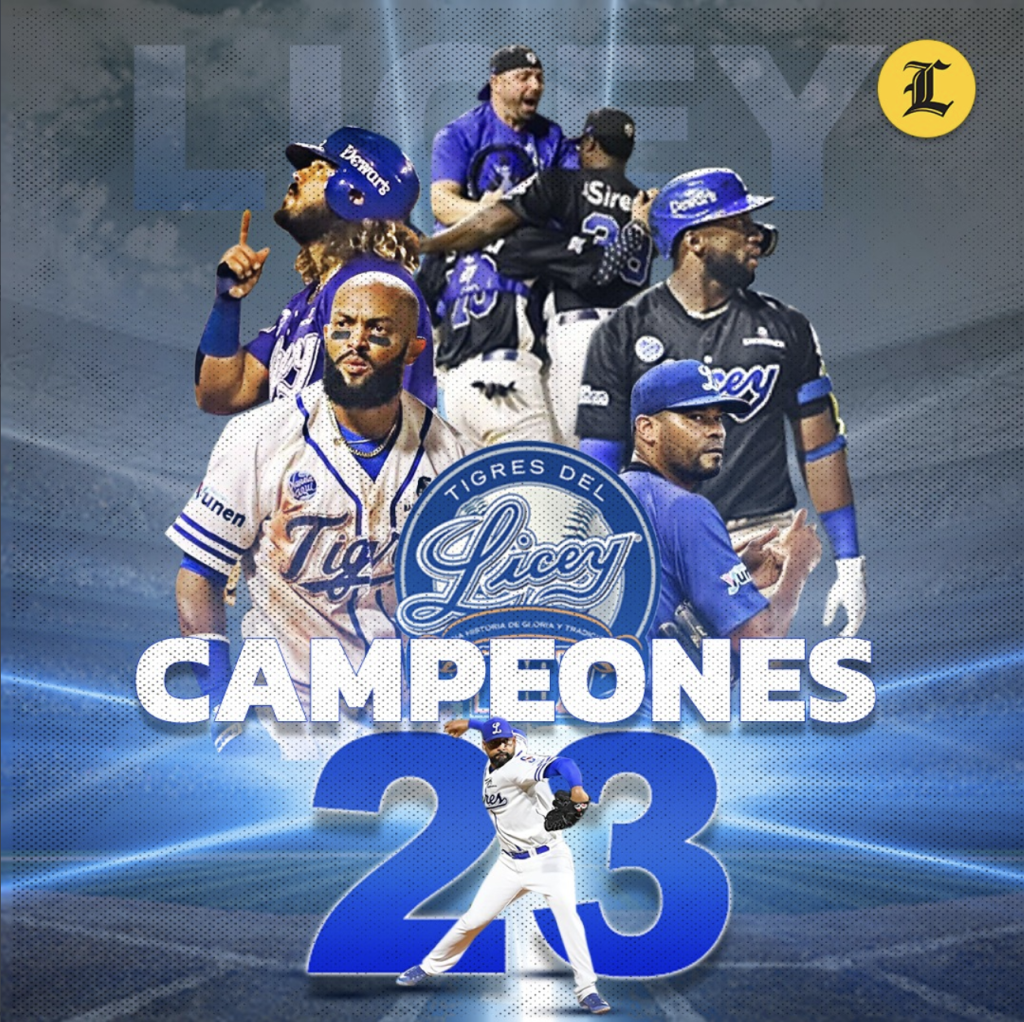 The Santo Domingo city team, Tigres del Licey is the winner of the 2022-2023 Dominican Professional Winter Baseball Championship. Licey is now the overall winner of the championship, with 23 titles. The Aguilas Cibaeñas are the runner up team with 22 titles.

Mel Rojas Jr. batted the deciding hit in an exciting fifth game that went to 10 innings at the Quisqueya Ballpark. The Estrellas only won one game of the 7-4 playoff series.

Jorge Alfaro of the Licey was chosen the Most Valuable Player of the 2022-2023 Championship.