Two men risk their lives attempting to cross a river 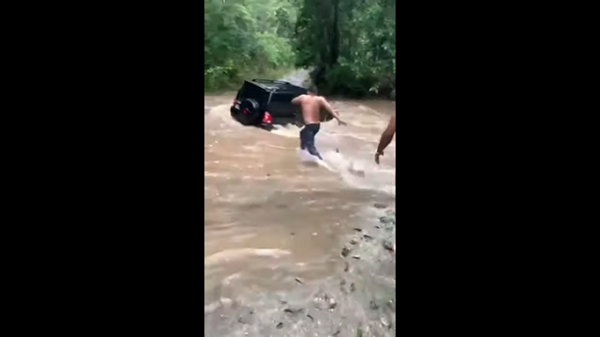 Overtrusting their Mitsubishi SUV’s capacity, two men risked their lives in an attempt to brave across a river in northwestern Santiago Rodríguez province. The two men miraculously saved their lives when they were able to get out of the vehicle and remain atop the vehicle that had gotten stuck on rocks after floating down a river that had burst its banks. The scene was captured on video by locals and became the trending topic over the weekend.