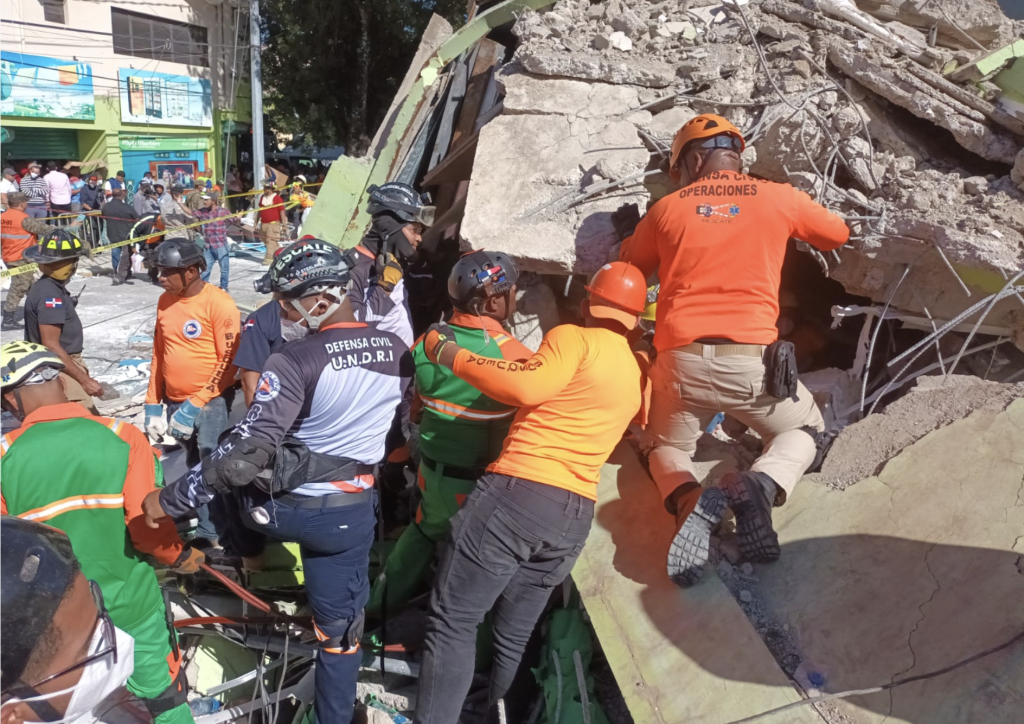 Two women were trapped under the rubble after the four-story R&S Multimuebles furniture store collapsed in La Vega around noon on Wednesday, 18 January 2023. Of these two, 23-year old Yésica Bueno, was rescued after 10 hours of intense rescue work. She was taken to the Juan Bosch Trauma Hospital. The authorities reported the death of 30-year old Yasiris Joaquín, the other trapped woman who had been on the first floor at the time of the collapse of the building.

As reported, another 15 people were injured in the collapse of the building. The company said the injured were bystanders, construction workers or employees.

The furniture and appliances store has reported on Instagram that the rescue crews had been in touch with one of the two, while the intense rescue operations to reach them were underway.

The company said that the building, located on Las...
Click to expand...