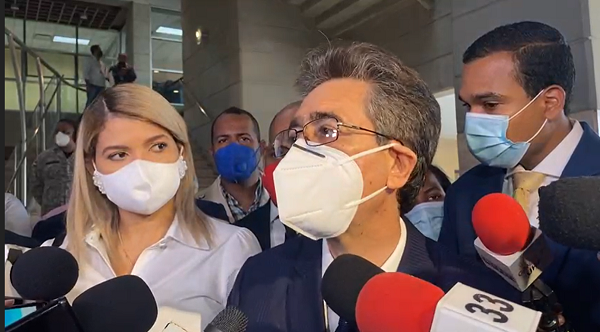 The defense counsel of suspended Youth Minister Kinsberly (Kimberly) Taveras recommended that she not answer questions when she met with the director of the Administrative Anti-Corruption Agency (PEPCA) Wilson Camacho to answer to inquiries regarding her accumulation of wealth at her 33-years of age. She is a self-made millionaire and presented wealth for RD$104 million.

Taveras is a former two-time town mayor who invested heavily to provide services to other city governments. Earlier in October, investigative TV journalist Nuria Piera presented evidence of irregularities in her operations. This lead to her suspension until the matter is investigated.

But when she was summoned for questioning, her lawyers recommended that she present extensive paperwork clarifying her wealth and decline answering questions, despite going in person to the interview.