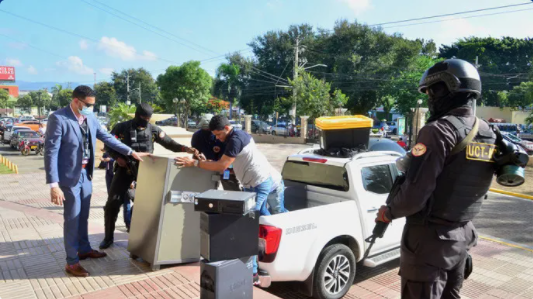 The Attorney General Office and its Public Prosecutors division (PGR) announced on 12 September 2021 that several legislators are being investigated as part of the major Falcon Operation drug and money laundering bust. The legislators have special immunity and their cases will be heard by the Supreme Court of Justice.

Already under investigation is Dominican Revolutionary Party (PRD) legislator for Pedernales, Hector Dario Feliz. Prosecutors say he assisted suspended government officer Juan Maldonado Castro, a four-term former deputy for the PRD, who in turn is accused of being part of the network. Feliz is accused of having received a million from a staff of accused drug trafficker Juan Jose de la Cruz Morales. The Public Prosecutor’s Office revealed that Victor Elpidio Altagracia Paulino Herrera (El Gordo), who was the chauffeur of former deputy Juan Maldonado Castro, on 29...