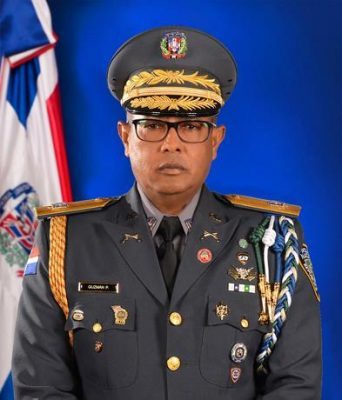 Ramón Antonio Guzmán Peralta, the military official who was irregularly accused of the electronic glitch in the failed municipal elections of 16 February, has been promoted to direct the Ground Transit Agency (Digesett) by Decree 490-20. Recently he was promoted to brigadier general.

Brigadier General Ramón Antonio Guzmán Peralta was referred to by his accusers in the Dominican government as “colonel Abinader” because he had not too long before the incident been designated as security officer to then presidential candidate Luis Abinader.

Former Attorney General Jean Alain Rodríguez prepared accusations that incriminated the military and a Claro technician. The charge went so far as to also incriminate presidential candidate Abinader, who was leading the polls.

The case was later dismissed in a public appearance where a document was read by...
Click to expand...

On an extended vacation

He he, I remember all the «opinions«/experts commenting here on DR1 regarding the election conspiracy/fraud.

Frankly as a former IT guy, I spotted this as mismanagement/glitch from the beginning, I have been in similar situations investigating why important stuff fail.

Elections have been halted nationwide. Apparently some candidates did not appear on the ballots. SMH

No idea if this is to be taken seriously(?), but here is what's starting to circulate on social media: ALERTA ROJA Este mensaje es enviado por organismos secretos de seguridad :p:p:p Although at least two persons are shot dead at elections sites, the green light is lit where I resides. The...

It's fun to read old threads in retrospect, many wild theories and experts out there