Shen Yun to perform in Santo Domingo and Santiago 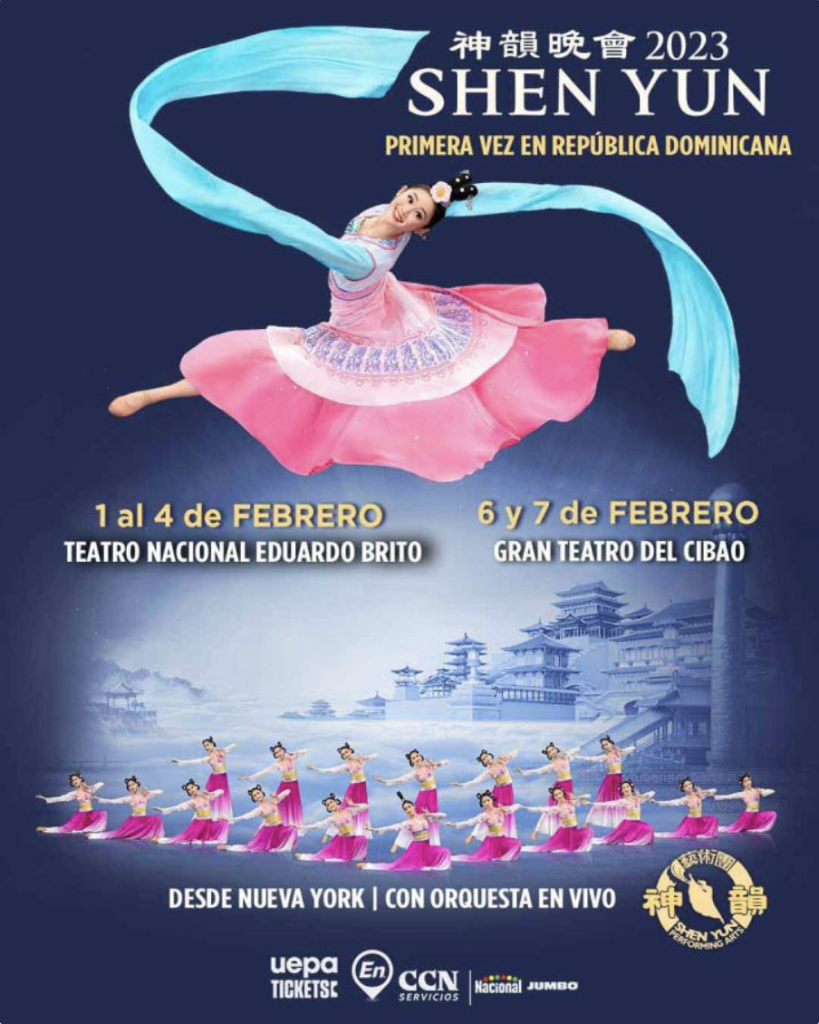 Shen Yun, the legendary Chinese classics arts company, will be performing for the first time in the Dominican Republic. A 1-4 February 2023 performance is scheduled for the National Theater in Santo Domingo, and another from 6-7 February 2023 at the Teatro Cibao in Santiago.

The dance and musician organization is a non-profit, independent from the Chinese government. Nothing like this can be seen in China today. In fact, Shen Yun is still not allowed to perform in China. But outside of China, the Shen Yun performers are on a quest to spark a cultural renaissance through dance, music, costumes, and legends.

Based in the mountains of New York State, Shen Yun draws top artists from around the world. With a passion for the classical arts, the dancers and musicians join Shen Yun in its mission to revive a once almost lost culture.