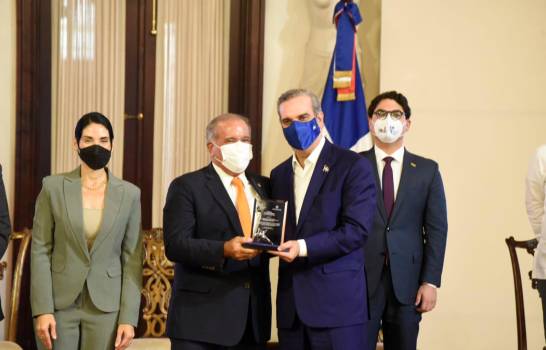 President Luis Abinader was present for the Monday, 22 November 2021 Solidarity Awards 2021 delivered to small business by the BCIE at an event at the Presidential Palace.

During the event, Abinader highlighted that micro and small businesses represent 98% of the country’s businessmen and contribute 38% of the economy’s GDP (Gross Domestic Product). Likewise, he emphasized that small businesses generate 642,000 formal jobs and generate more than 2.2 million jobs if the informal ones are included.

At the event held at the Presidential Palace, 18 businesspeople were honored with the awards presented by the Central American Bank for Economic Integration (BCIE) to micro-entrepreneurs who excelled in seven...
Click to expand...