Military want special treatment for those accused of crimes 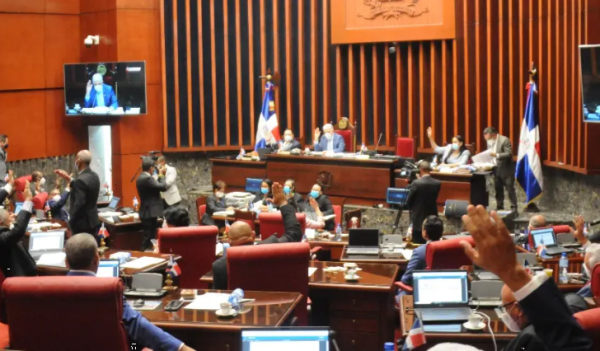 Shortly after he was named Minister of Defense, Major General Carlos Diaz Morfa sent a letter to the Chamber of Deputies requesting the reinstatement in the Penal Code of the special jurisdiction for crimes committed by the military. The current Penal Code orders the military to be judged by ordinary justice.

The Senate has already passed a first reading accepting to give privileged jurisdiction to criminal acts by the military (Art. 303). In a previous legislature, the Penal Code bill had passed in the Chamber of Deputies also included the exception. The Senate bill once it passes the second reading will be sent to the Chamber of Deputies for passing.

Alianza Pais deputy Jose Horacio Rodriguez has signed on to a dissident Penal Code protesting the inclusion of the clause. He has been very vocal in his strong opposition to the special military courts.

Continue reading...
Last edited by a moderator: Tuesday at 9:01 AM
Reactions: Grampa
M

It's clear that a lot of people who had their hands in the register are becoming unhappy that the party is coming to an end. Never mind the fact that these corrupt guys siphoned millions of dollars from a payroll to put in their own pockets, if this happens again the solution is clearly that it must be tried in a different court which these guys themselves run.

They've realized the gig is up and they better nip it in the bud real fast. Appears the fox is about to have his keys to the hen house taken away and now they're spooked. Dare I say this is just the tip of the iceberg when it comes to their corrupt ways being discovered?