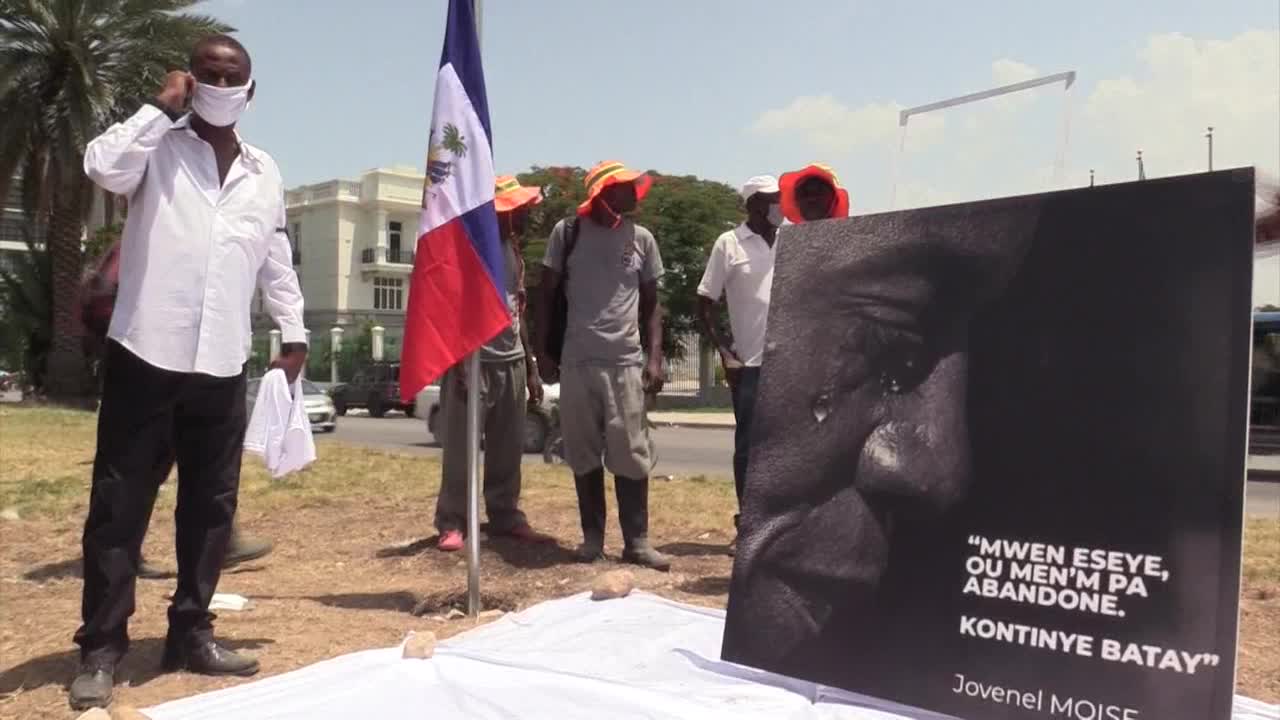 PUERTO PRINCIPE.- One month after the assassination of Jovenel Moise, Haitians still do not know who killed their president, while the investigation of the assassination is at a standstill, according to various sectors of national life and several involved in the process, which is subject to countless criticisms.

Among the reproaches to the authorities responsible for the case is the slowness of the procedures, the persistence of many gray areas in the investigation, the refusal of the authorities to disclose information and the lack of respect for the principles established by law.

"The judicial process is made up of violations of people's rights," when arrests were made "without there having been any flagrant crime," said attorney Stanley Gaston, legal defender, among other defendants, of Christian Emmanuel Sanon, alleged mastermind of the plan to kill Moise.

In addition, several of the accused "were deprived of the assistance of their lawyer" in the interrogations, and that constitutes "an arbitrary act," said the lawyer, who acknowledged that there have always been cases of human rights violations, but believes that the situation is worse in this case.

In his view, the police are violating the principle of presumption of innocence since they show a defendant on television. "This creates a bad impression," he said.

Lawyer Samuel Madistin also criticized that the detainees had not yet appeared before a judge after all this time and opined that the actions carried out during the investigation could be invalidated in the future.

“The police hold (press) conferences every day. They give verified and unverified information ”, even“ things that can discredit the investigation. All this will prevent the truth from coming out, "said Madistin, who represents the defendant Reynaldo Corvington.

In his view, "too many strange things have already been done" in this process, and "the real investigations will begin" to be carried out by the investigative cabinet to which the Port-au-Prince prosecutor Bed-Ford Claude sent the file last Wednesday, after being the subject of numerous death threats, according to local press.

BUT WHO KILLED MOISE?

Despite the arrests, the searches, the interrogations, the seizure of arms and ammunition, and all the actions carried out to date by the judicial and police authorities, the population has great doubts about the investigation, with Haiti being a country strongly marked by impunity and with a dysfunctional judicial system.

Although Christian Emmanuel Sanon is identified as the mastermind behind the murder of Moise, the prime minister, Ariel Henry, and the president's widow, Martine Moise, have told the international press that those responsible for the murder have not yet been arrested.

One Dominican at a time, please!

People…
The murder of Moise was captured on camera.
The process of who ordered the murder, is simply an open book. Due to the assistance the operation received from the very presidential guard and security detail.

The scapegoats plan fell apart the moment the First Lady was left alive. Her words sank the scapegoating of the Colombians as culprits.

This was an internal hit and coup.

The truth will never see light.

The elements privy to the true operation were executed as they got apprehended on their safe house and by the same people they were expecting extraction from.

He’s dead and nothing will change anytime soon in Haiti. And they are counting on this bias to carry on.

How will police and top officials finger themselves and self indictments issued?
Reactions: JD Jones
W